She was adopted by a Georgian family at the age of 5.  After that Eka Tkemaladze became her new name. That's why in her paintings, on the canvas, you often notice both of her names Eka Tkemaladze / L.Weinstein. Eka Tkemaladze is a self-taught artist.

It is important for her to show the viewer what she wants and no matter what elements she's expresses.

In 2012 year, she left Georgia and moved to Israel in Tel Aviv. Eka Tkemaladze started painting in 2015 year, and that year she was spotted and invited to Tel Aviv's largest group exhibition where she exhibited two paintings.

In 2016, Eka leaves Israel and moves to Germany, in order to pass the Munich Art Academy, but for many reasons, in two years she left the country and returned to her homeland where she grew up - Georgia.

In 2019, Eka Tkemaladze left Georgia and moved to Russia, St. Petersburg, to take her place in contemporary art. She has done many successful exhibitions in different countries during these years: Germany, USA, Italy, Israel, Georgia. And many are planned for the future.

Art does exist for understanding yourself in the world and for finding your purpose. Ekatherina never studied art specifically and began to paint quite late. This brings her in common with such recognized figures of French art as Paul Gauguin and Henri "customs officer" Rousseau.

From the technical point of view, Eka took love for bright colors and the priority of painting over drawing from the great French.

If to speak about ideology, the artist's works are extremely ironic and stern towards both herself and the world. There is not a drop of beauty that many people are used to looking for in works of art. Moreover, they want to search for it. But, she does not have a consciously created cult of abomination, as, for example, the "Cursed poets". Only the dry and unpleasant for the world analysis of the surrounding reality.

The great graphic artist, Andy Warhol, looks at the world around him in a similar ironic way. There is an opinion that if there is no protest or at least the criticism of the surrounding world in art, it turns into ... design. It was the criticism of the surrounding vulgarity that distinguished the art of "Itinerants" from their academic colleagues. It would seem that there are enough rebels in modern Russian art. But all the protest goes to "action art". And, in addition to protest, not many artists are trying not just to "stir up" the swamp, but to talk to people about themselves and to formulate the problems.

Eka is one of them. And the fact that she did not receive any professional art education is only a plus for her, since she has the opportunity not to be distracted by the established "laws of genre" and other canons. In other words, it preserves her freshness of creative perception.

Her works are about the eternal things,-about loneliness, about culture and lack of culture, about the need to constantly search for new forms of self- expression and the world around you. And, a little bit, about all of us.

"The main thing for me is not wasting any single day and not leaving anything untouched ... Time is the most precious thing and I want to spend it by always saying what I want ..." 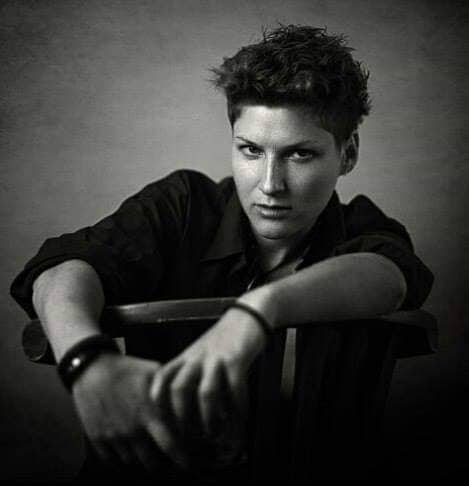